Having had to miss round 5, when the new dual format of two-hour and four-hour races premièred, I wasn't going to be put off by something as trivial as a forecast of non-stop rain and 50 mph winds. Buoyed by a sense of adventure, I decided to have another crack at driving over on the mountain road. Which was fine on the way out when the three "Irish bridges" at the foot of the Devil's Staircase looked like this: 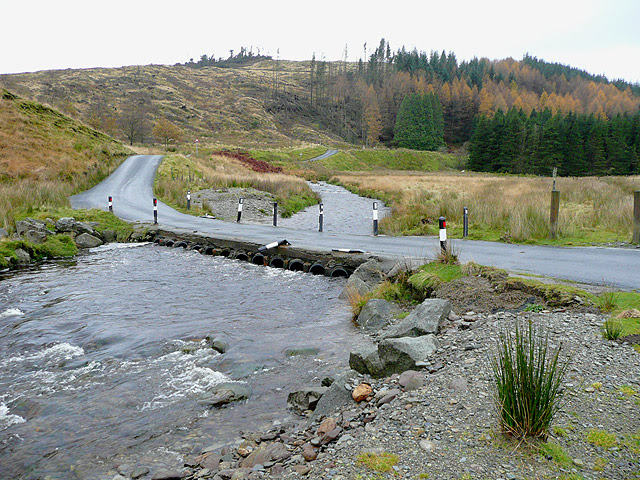 But less so on the way back. Now I kinda knew it'd been raining, having spent the last four hours riding round in circles in it, but I wasn't expecting to find a raging torrent flowing over the bridges rather than under them. On the plus side, I now knew how they got their name. But I also had visions of my Mondeo turning into an Amphicar: 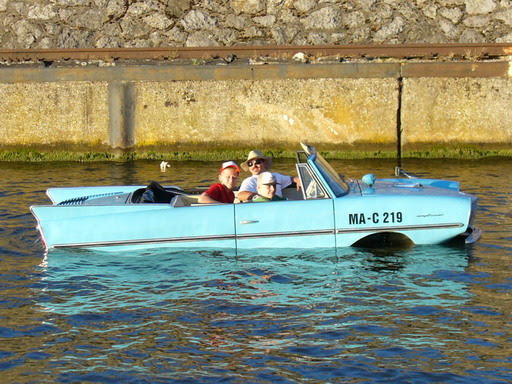 Or even Roger Moore's Lotus: 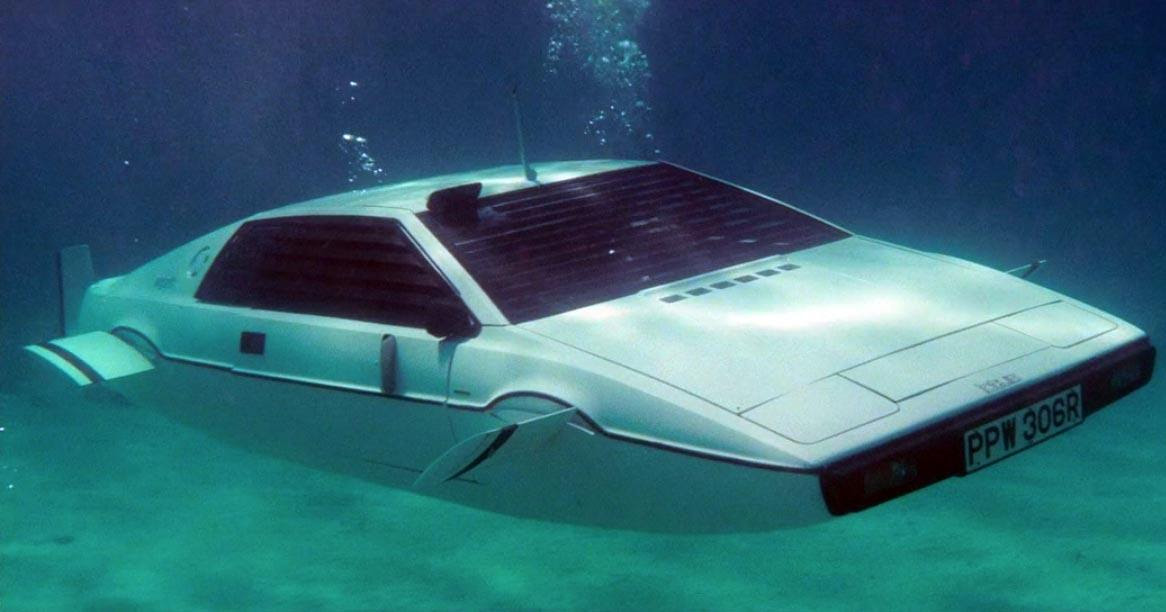 I probably should have turned around. But ultimately a man's gotta do what a man's gotta do, so I revved the engine, ploughed straight in and made it across without mishap (beyond the temporary loss of power steering, but hey, I get that whenever I drive through a big puddle). And that was also pretty much the story of my race.

The course was a bit like those bridges - it got wetter and wetter and sketchier and sketchier, only in a fun rather than frightening way. Similar to round 4, it was a 9 km loop taking in both sides of the valley, with two big (140 metre) climbs, two long fast descents, and various other bits, some of them rather muddy, thrown in along the way. These included a brand-new section of bog at the top and an old favourite careering down through the woods. Plenty to think about and enjoy on the descents, but nothing too scary apart from one super-slippery drop with a tricky entry that wanted to throw you down sideways - oh, and the ever-present threat of the wind blowing you over the edge or squishing you with a tree.

Having decided to race for four hours rather than the usual two, some kind of pacing strategy was clearly required. This does not come naturally to me. It hurt, it really bloody hurt, to pootle off the start line and watch my peers shooting off ahead. So much so that after a while I just had to speed up out of pride. The four fastest riders were long gone by then, but I hit the top of the climb with a second wave that included Stuart Skidmore and Gareth Hayes. I decided now to race them over the two hours and then, well, somehow keep going for another two. I had a good battle with Stuart, trading places regularly, but Gareth really should have stayed tucked up in bed with a Lemsip as he spent the best part of 90 minutes trailing 100 yards behind us hacking away and never quite managing to catch up, the poor lamb.

On the third lap I dropped my chain three times in quick succession and started getting some chain suck - something must have jammed in the chain rings. It cleared after that, but this let Stuart get away and he finished the two-hour race a minute ahead.

At which point the organiser decided to call off the four-hour race! The marshals were cold, the wind was worsening, the ford was getting quite dodgy, a 50 foot tree had come down across one of the descents, and only two of us on the four hours were still going. I was really disappointed as I'd held quite a bit back, and eventually, in a fit of oh-so-uncharacteristic stubbornness, I decided to press on regardless. But now it was training, not racing, so I could happily stop for a change into dry clothing, a wee (on the bog!), some food, a fag, a spot of shopping - all reflected in my rapidly increasing lap times. This meant I missed the presentation and après-ride banter, but I was just in time for last orders on the soup. Leek and potato this time, lovely.

What with the wind, the rain, the mud and the hills, it was really tough going out there. But somehow more of a challenge than an ordeal. Credit to Neil at Red Kite and his merry band of marshals for holding the event at all in those conditions, but I have to say that another time it might be better to cancel - that tree really was very big.

The final round of the Red Kite winter series has been brought forward to this Sunday 2 March to avoid a clash, and apparently it's going to be dry. I'm not sure yet whether I can make it, but I hope to, and, dear reader, I know you want to too. See, I wasn't the only one who enjoyed it!
Photo: Carol Corbett, CAC Photography.