Red Kite Devil's Challenge 130km: It's wonderful out there

The idea was to do something a bit mental, a bit extreme. A stress-busting factory reset to counter the pressures of work and my offspring's occasional lapses in realising their angelic potential. So why not ride further than you've ever ridden before, in a very hilly place, at race pace, in bad weather, without gears or suspension?

With even mountain biking now having to bow to health & safety extremism, typically overblown weather warnings (Britain to be blitzed by worst hailstorms since 1843, warned the Daily Bollox) led to the route being cut to a trifling 70 miles and four Snowdons of climbing.

Clashes with other events also meant a very disappointing turnout, so I had nobody at my level to race against, and in the end it was sunny all day, dammit.

The only part of the original plan not to fall through was riding what most would consider an inappropriate bike. Discuss. 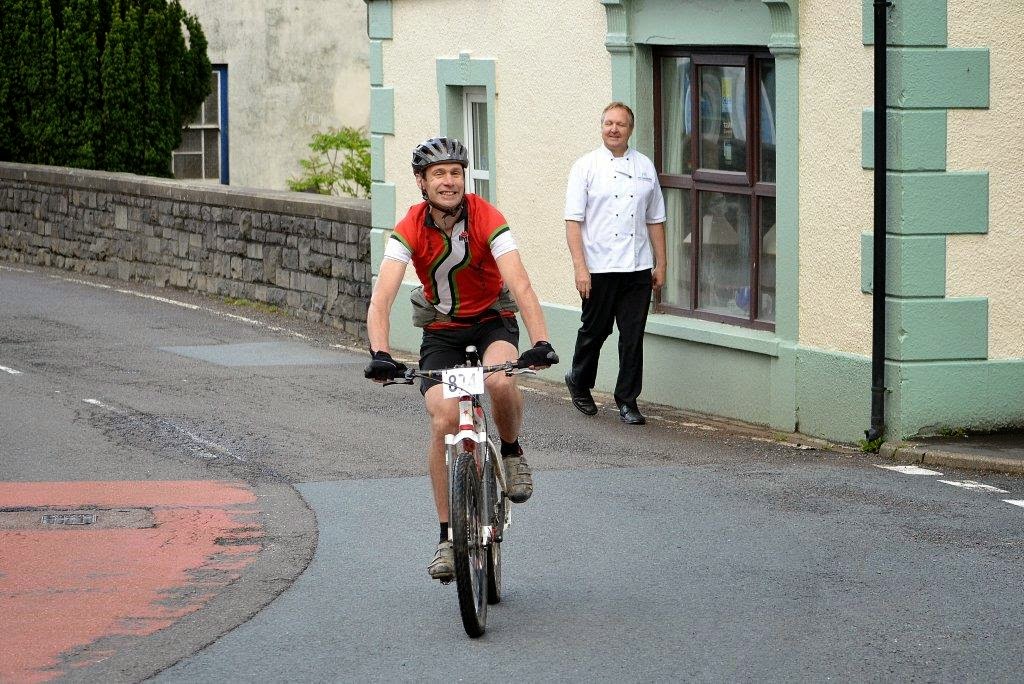 With the pressure off and the sun out, I ended up taking it (relatively) easy and discovering a whole new facet of mountain biking. Without the usual head-down-arse-up sweat-in-the-eyes lactic-in-the-legs verge-of-collapse joys of a race, the high-octane heart-in-mouth non-stop thrills-and-spills rollercoaster of the trail centre, or even the nagging where-the-****-am-I the-weather's-closing-in semi-panic of a solo upland exploration, the whole thing was altogether more laid back, with the emphasis on just enjoying being out there. Right out in the middle of nowhere.

Now even in pootle mode I'm not really your stop-to-take-a-photo kinda guy, so you'll have to use your imagination or Google your own pics. But what a stunningly beautiful place Wales can be! Epic may be an overused word these days, but it's the one that keeps springing to mind. Thing is, I live here, I see this landscape every day, and it still took my breath away at times. I can't imagine what city-dwellers must make of it. But I can see why so many travel so far to ride here. 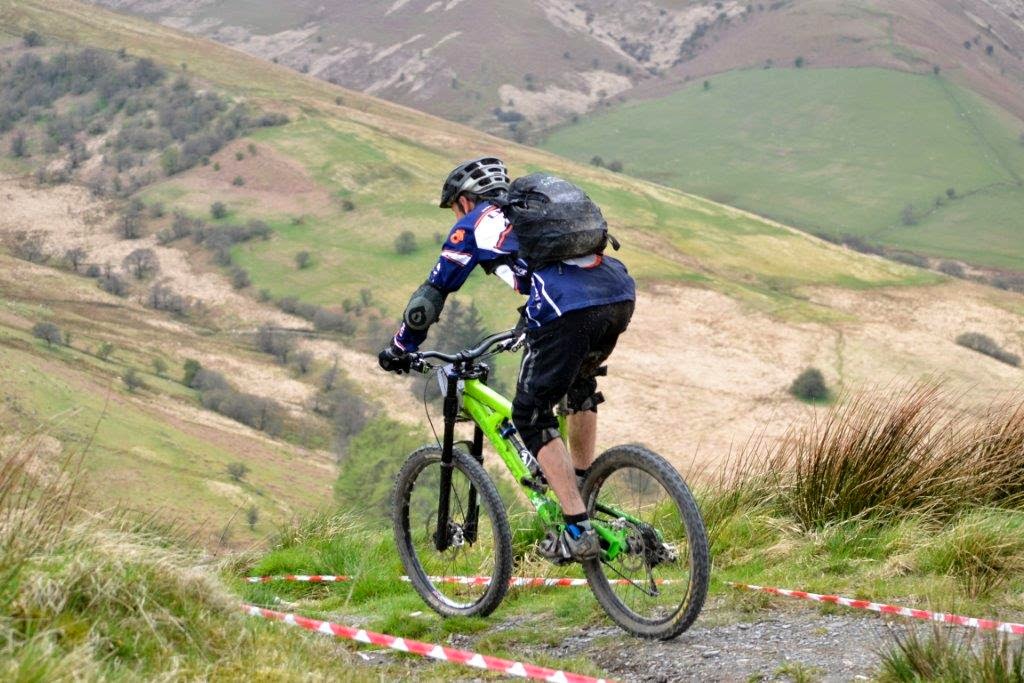 Same place, different event, for an idea of the sheer epicness of the ride. That's me in my enduro clobber by the way, taking a full-bouncer from the lovely people at Bionicon on a recce run at the first round of the Red Kite Events/Empire Cycles Enduro (see my report here). Next round is on 26/27 July. I cannot recommend it highly enough.
Photo: Carol Corbett at CAC Photography.

It was like stepping into a tourist information film, with the course managing to cram in pretty much everything mid-Wales has to offer:
All interspersed, of course, with some thrilling descents. It's hard to pick favourites, but those that stand out in my mind were an exhilarating and scary-in-places Dyfi-style bedrock cracker in the Irfon Forest, the always-entertaining rough 'n' ready black descent at Coed Trallwm, a superquick dry grassy moorland blast dodging woolly bullets above Llyn Brianne, and a PB on the familiar rooty (but not so muddy for once) multiple lines dropping down onto the road in the Crychan Forest.

But these had to be earned. Boy, did they have to be earned. There was an awful lot of climbing. With descents in this part of the world tending to be steepish plummets rather than sinuous singletrack, I guess it's the price you have to pay. Rarely have I been so grateful for long flattish linking sections where you could just about catch your breath. 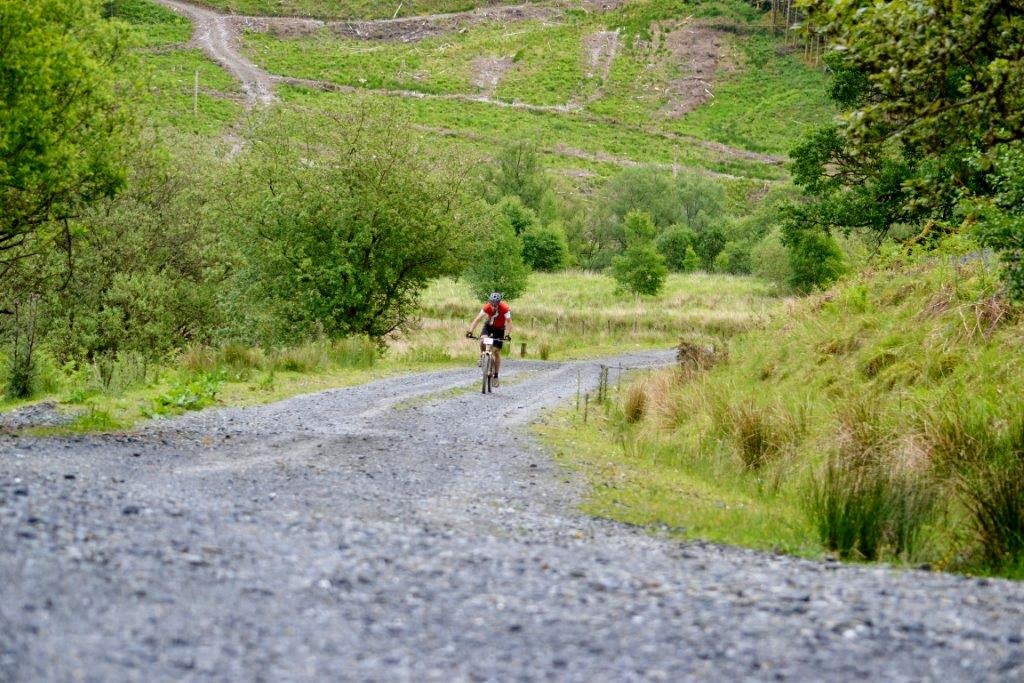 Fortunately most of the climbs offered plenty to occupy your mind (mud, ruts, rocks, steps, views, often all at the same time). In the middle, though, were two monster fireroad slogs out of Abergwesyn that were a real test of character. The second had so many false summits that I came very close to quitting and settling for the short route! The first was probably just as hard, but followed a lengthy pit stop and was broken up nicely by snapper Carol Corbett from CAC Photography a little way up and then, near the top, a serious Springwatch moment as I rounded a corner to find four tiny fox cubs playing on the track in the sun. Even younger and less foxy than in the photo below, they were half puppy half teddy, and my daughter would've wanted to take them home and keep them (probably with the teenage hens she found in the woods a fortnight ago). Having been a part-time Good Life wannabe until the cycling bug bit me, I've lost a fair few chickens and ducks to Mr Fox over the years, so I'm not his biggest fan, but I have to say those babies were just sooo cute... 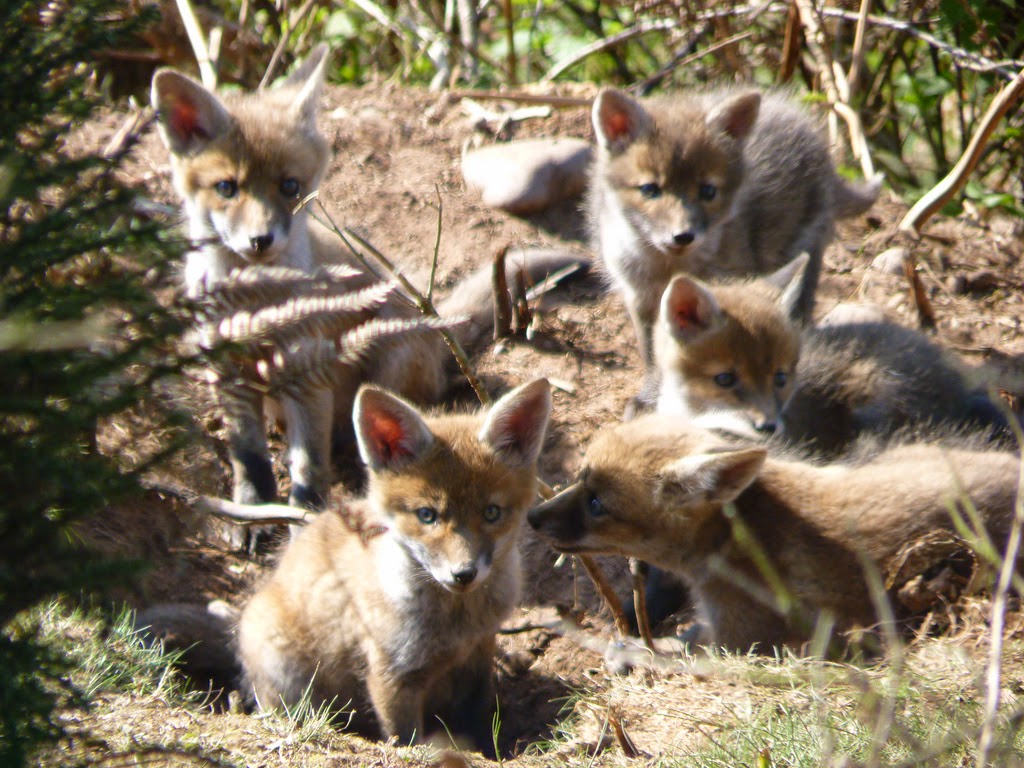 If anything, mine were even cuter.
Cracking photo by John Morris.

And it was still cooing like a teenage girl that I then contrived to take my only wrong turning of the day. I blame the organiser. I mean, fancy attaching a straight-on arrow to a big tree?! Did he not consider that it might subsequently get blown over so the arrow ended up pointing right?! Seriously, though, the waymarking was very good. It must be hard work marking out a 70 mile offroad course - but not as hard as riding it...

Luckily the second half of the course was easier than the first. Once you get up there, the Crychan Forest is a case of less pain, more gain. The climbs are shorter yet the descents feel longer, and the whole experience is a little more playful, ideal for those with a short attention span - or tired legs. The loop was largely a dry run of the somewhat moister Little Devil event back in April (see my report here), only with the killer hill moved from the beginning to the end and leading onto a great last singletrack descent down into the remotest of valleys for a lingering final taste of the wilds just a mile or so from town.

All in all, it was the usual well-organised, laid-back, no-frills, grass-roots affair we've come to expect from Red Kite Events. A cracking course in a wonderful part of the world. 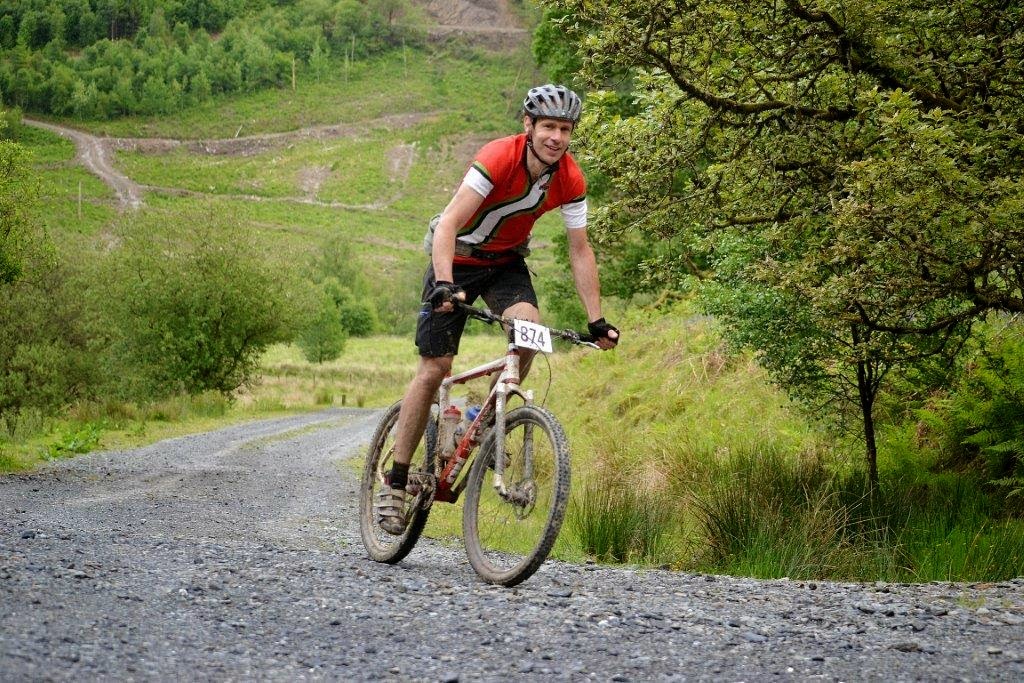 Freshly refuelled on quiche and boiled potatoes washed down with a selection of great cakes. (It was lunchtime, I was hungry.)
Photo: Carol Corbett at CAC Photography.

And how did I fare on the inappropriate bike? Well, with no suspension I had to go a little more gently on some descents to avoid the road-drill effect, and with no gears I probably hurt a little more on the very steepest climbs, but it weighs 10lb less than your average loadsagears full-suspension trail bike (and after training on it so do I!) so the rest of the ride will have been a great deal easier. There's no doubt in my mind which one I'd rather take up (and down) four Snowdons. #righttoolforthejob

Update: You can ride a similar monster MTB loop on 9 August as part of a whole weekend of mountain biking shenanigans in Llanwrtyd Wells under the umbrella of the World Alternative Games, also home to bog snorkelling and other assorted nuttiness.