Red Kite Winter XC Series Round 1: Better than ever

Conditions were perfect for the return of Britain's most laid-back race series. Dry, mild and sunny. In Wales. On the last day of November.

One obvious cloud on the horizon, though, was the presence of Rob Williams - no chance of a win then! Since leaving me for dead on both the climbs and the descents last time he was up this way in January (see here), the former World Cup downhiller has been busy setting KOMs at Bike Park Wales and getting himself crowned winner of the 2014 European Enduro Series. Respect - we were in the presence of royalty. Otherwise, though, it was the usual rag-tag bunch of around 50 amateur racers and weekend warriors.

Letting the boy racers sprint off ahead at the start, I settled into the usual steady rhythm up the usual 20-mile fireroad climb and soon started picking off the overambitious, hitting the top clear in second place with Rob Williams way off in the distance. Which is how it stayed for the whole five laps. 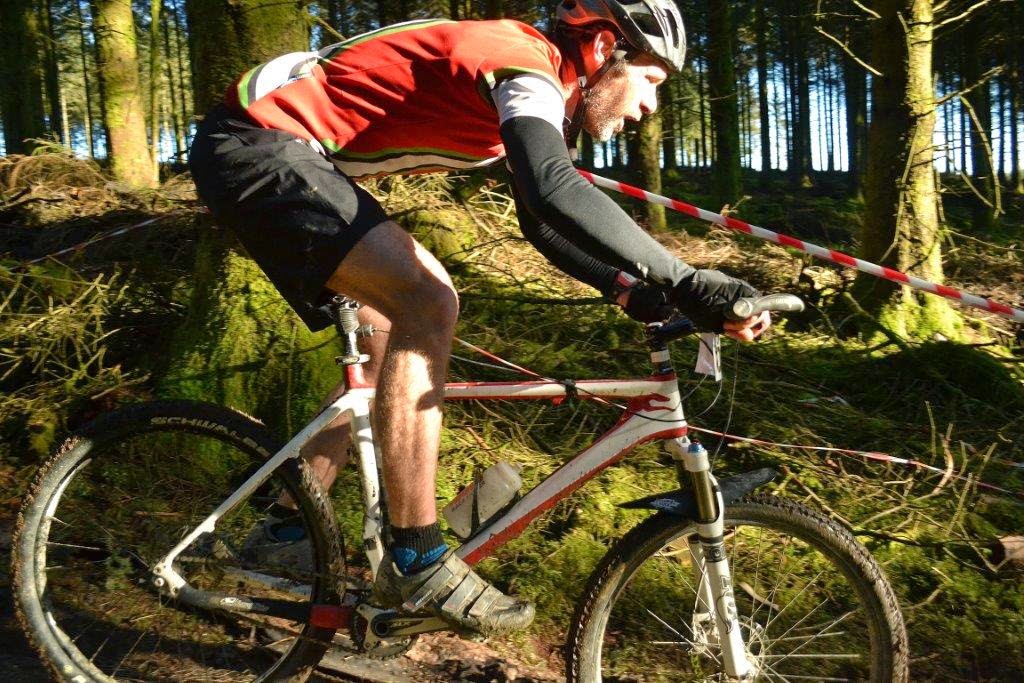 Auditioning for Planet of the Apes.
Photo courtesy of Carol Cobbett at CAC Photography. Another 1,057 photos of the event here.

With no other riders ever close enough to worry about, the only real battle was with my mind. Am I the only one who goes through a stage several times every race where I ask why on Earth I'm putting myself through this hell and decide to give up racing for good? I felt terrible on all the subsequent climbs and put it down to the usual scapegoats (too much geared riding, stupid choice of bike, old age, general decrepitude) but in hindsight I probably just went out a bit fast. Although I could barely turn the pedals on the last two climbs, turn those pedals I did. For some reason my oxygen-starved brain decided I owed it to the various lappees I was still passing not to hop off and walk. But trust me, I wanted to.

The highlight of the day (apart from beating Jon Roberts for the first time this year) was the first descent: a fun new line through the trees (all roots, moss and loam) followed by the top section of the sketchy old-skool enduro descent (see here) and rounded off with a blast down the rough surfaced tracks of the trail centre's black descent. A really uplifting mix of tricky 'n' techy and fast 'n' furious that made all the climbing worthwhile. All told, the course was very well balanced and I really enjoyed it.

Apparently a tweaked version of the same course will feature at round 2 on 14 December. And I hear whispers that the long fireroad climb might soon be broken up with some sweet new technical singletrack... 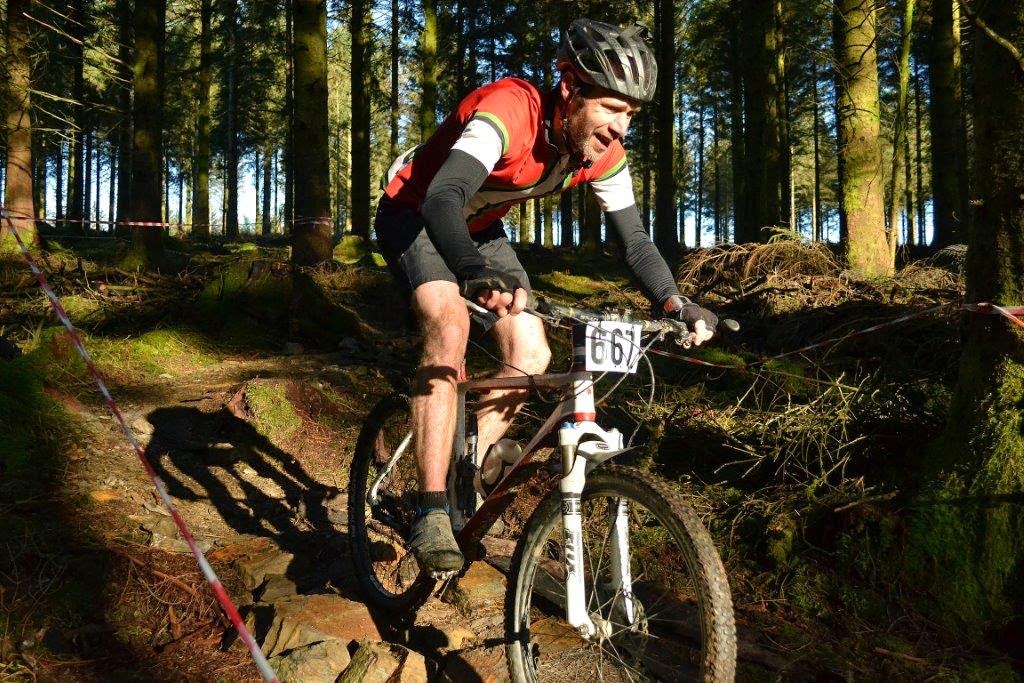 Mildly apprehensive at times but not scared witless throughout. Progress.
Photo courtesy of Carol Cobbett at CAC Photography.