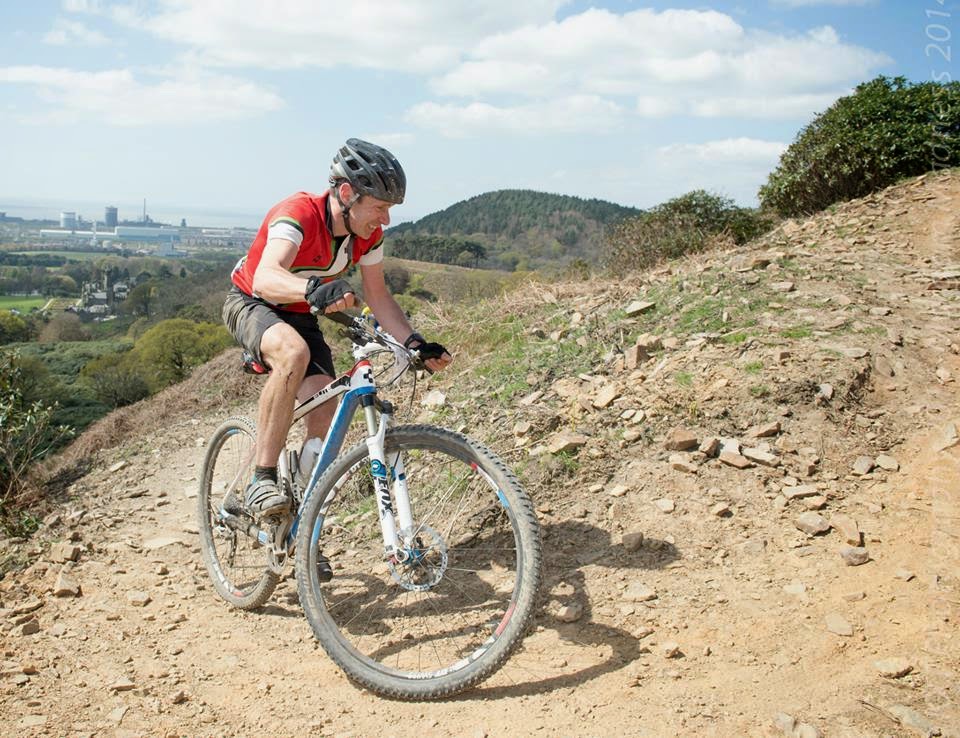 It turns out you can improve on perfection. The original Madness in 2012 was flawless: great climbs, great descents, great venue, great everything. The second coming in 2013 was just as good despite monsoon conditions - see my eulogy here. Third time round and the sun was back, along with some amazing new trails purpose-built for World Cup XC racing. The best just got a whole lot better.

And don't just take my word for it. George Budd, runaway winner of the eight-hour race, who also beat everyone in the four-hour race, even the pairs, and lapped me in the process, and who is therefore a very fast rider indeed and worth listening to, had this to say:


"This event really deserves to be a lot bigger than it is. It's the most demanding and yet most enjoyable lap I've ever ridden, anywhere"
From "Margam Madness - the best UK lap ever?" on xcracer.com.

Praise indeed. There's little worth adding to this, other than that the event ought to be rebranded Margam Magic - the only madness would be not to come! 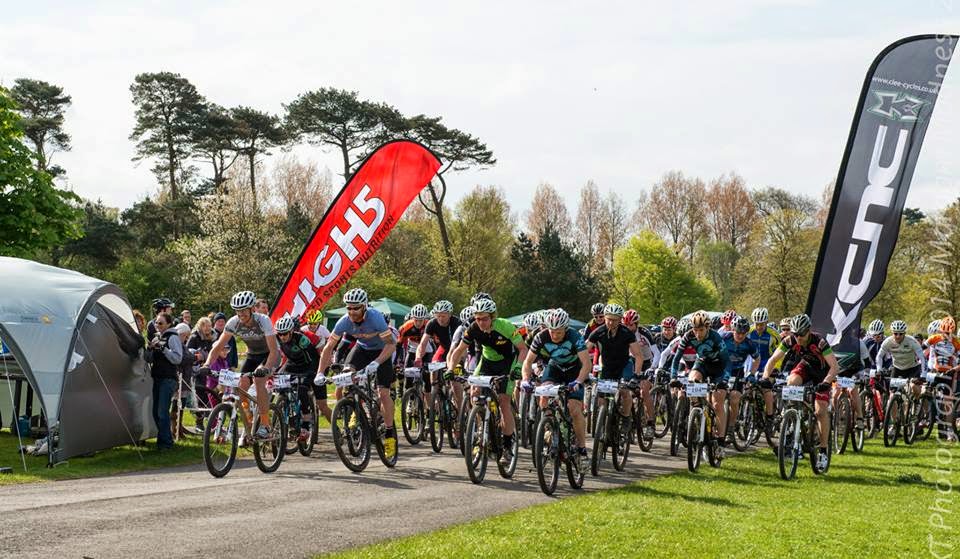 High5 flag under attack from my bar-end.
Photo: Kevin Thomas.

Hang on, I hear you cry, you can't just stop there. What about all that added wholegrain goodness? Well, OK, there were four new chunks of trail, and each and every one of them was a gem in its own right:
I came into the event poorly prepared due to bruised ribs from a KOM-chasing mishap but felt surprisingly strong on the day. After two hours I was in a fairly comfortable fourth in category, once again tracking former European 24-hour champ Huw Thomas, when I slipped off a rock and lost the air from my rear tyre. By the time I'd sorted that, my pacemaker was long gone and I was down to fifth. I found it hard to get going again after that, so just sat back and enjoyed the ride, eventually finishing sixth. I suppose I should have tried to claw my way back to fourth, but it was such a lovely day and such a great course, I just wasn't bothered...

In turns steep, rooty, narrow, loose, twisty, pumpy, jumpy, rocky - the course ticked every box and has totally restored my mojo. Gareth, can we do it twice a year? 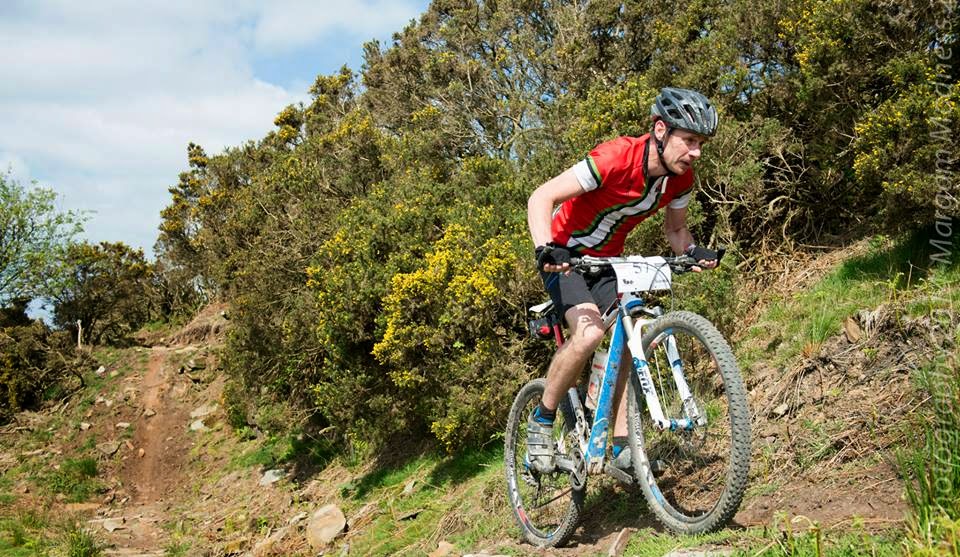 Climbing again. I was so fast on the descents the photographers missed me.
Another great photo from Kevin Thomas.