What a shit course. More, my adoring fans, when (if) I calm down.

OK, so it was (well) organised entirely by volunteers and entirely for charity, but that is no excuse for a mountain biking event to be just 40% offroad.

I hate riding on roads. They’re useful for getting from A to B fast, especially in a car, but where is the challenge, where are the thrills? Where are the rocks and the gravel and the mud and the roots and the streams and the brambles and the year-round puddles? Where are the ruts, the steps, the berms, the drops?

The endless miles of asphalt at the beginning, middle and end of this year’s route were particularly frustrating on the singlespeed, as I could only watch my geared peers flying effortlessly into the distance while I span out helplessly, losing so much of the ground gained on the climbs. 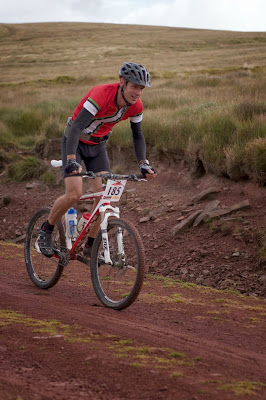 I also spent much of the race nursing an increasingly soft front tyre around the course, for reasons that were entirely self-inflicted: tubeless sealant drying up, dodgy pump giving up the ghost, fear of riding rocks on tubes. This took much of the fun out of the fun stuff. In fact the final plummet back into Brecon became an exercise in fun avoidance as I kept the speed right down to protect the rim and stop the tyre from parting ways with the bike. Shame it was only at the bottom of this descent that I discovered the CO2 canister I'd forgotten I’d packed… 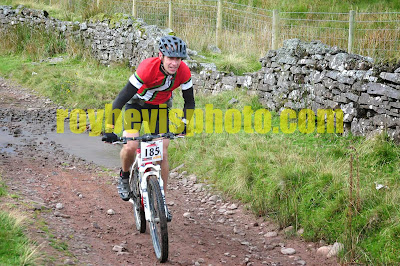 There were also a couple of very entertaining rocky downhill sections out in the wilds, but otherwise it was a rather featureless slog dominated by tarmac and fireroad. Last year’s course was great, so I really don’t understand how the organisers could get it so wrong this time. Fingers crossed they get it right again next year, as there is some fantastic riding in the area. 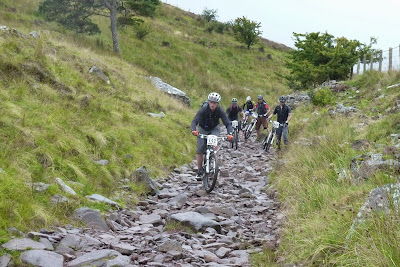 A lot more of this kind of thing would've been good. Photo: Brecon Beast

At least the rain held off, and fourth was a pretty good result, all things considered.