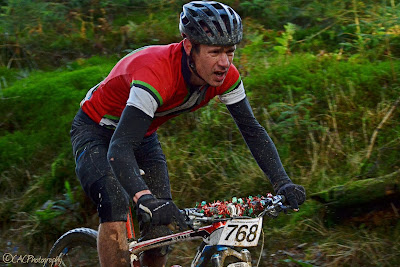 You know when people say things like "Fail to prepare, prepare to fail" and you just think "Oh, **** off"?

Well, it was almost Christmas, the last event of the year, not a red letter one, not one I was taking too seriously, and I wasn't in the mood for an evening of bike maintenance, which is up there with shopping and going to the dentist in my book. So I decided that the temporary repair of the hole in my rear tyre with sealant gunk alone would just have to do, and poured another glass of wine.

Which was a shame, because it was shaping up to be a really good race - a four-way fight between eventual top three Carwyn Davies, Scott Cornish and Gareth Jones and little old me, all of us fairly evenly matched. But it wasn't to be.

As I discovered at the Dyfi Enduro in May, mechanical issues are bloody annoying for the first ten minutes of kicking yourself (sometimes literally) and swearing (often very creatively), but sooner or later you have to move on and make the most of things. The race is over, the pressure's off and you can continue at a sensible pace without blowing a gasket, enjoy the scenery and just have fun. Which does rather beg the question, why push yourself so hard in the first place? I mean, what's more important: winning or having fun? Well, winning, duh! Put it down to the mid-life crisis... Game over, let the fun begin.
All photos by Carol Corbett

One of the many great things about racing XC at Coed Trallwm is that you're never more than half a mile from the café and your car, and so never more than half a mile from tools/parts/extra clothing/water/a cup of tea/a slice of cake/what have you. So you can afford to travel light, which is a good thing given the terrain. Some riders, though, and generally the ones who would benefit most from a little less extra weight to hoist up that there hill, choose to take a mahoosive pack anyway. What on Earth do they stash in there? How long are they expecting to be marooned for? I mean, there's preparing for every eventuality but it's like they've stocked up for a nuclear winter. There's only so much in the way of food, drink, clothing, tools and spares you could possibly need over the course of two hours (unless, of course, you're doing your MBLA Trail Cycle Leader assessment (did I mention I passed?) but that's another story). And most of these riders are already carrying a spare tyre around their middle (boom, boom). The mind boggles.

I, at the other extreme (which, to be honest, is where I feel most at home), was travelling light. Very light, as in not even a tube (if you exclude me). Gareth Jones did kindly bung me his spare tube, but I spent an age getting it up (oo-er) and within 200 yards the bugger was flat again. So I had to run all the way back down the hill anyway for a quick dash into the pits Formula 1-style while my crew got me back on the road. Oh, OK, so I grabbed a floor-pump and stuff from the back of the car. And off I went again, a good ten minutes lost.


Luckily my next mechanical was almost but not quite literally within spitting distance of my car. At the end of the second lap, the chain popped off on a drop and got well and truly jammed against the frame, grinding off tear-inducing amounts of paint and carbon. Another ten minutes was then lost to remove a crank and free said chain (thanks Neil), and then I really was just riding for pride, out for a jolly in the woods. But, you know, I wasn't the only one:

Time for a caption competition. Answers on a postcard...

Another slightly bizarre moment in the race was all my doing. At one point I caught up with fellow blogger Tom Stickland who I've never met face-to-face so I thought I'd say hello and instinctively stuck out a hand. Shaking hands mid-way through an XC race is pretty random in itself; thing is, it's clear from Tom's blog here that the poor man didn't have a clue who I was...

Anyway, race organiser Neil Delafield made a good call on the course given the recent spate of wet 'n' windy weather, cutting out the muddy bits from last time and sticking to the surfaced trails, taking us round the whole of the Coed Trallwm black route (previously ridden here) and most of the blue route. The trails were surprisingly well-drained in the circumstances, making for fun, fast descents. The café was warm and welcoming as usual, and Carol Corbett did a cracking job of taking pictures (she took absolutely loads), although she evidently buggered off home when the hail started on the final lap, which isn't really cricket.

What's more, my perseverance despite the aforementioned mechanical issues paid off in spades as I eventually finished third in class and bagged this stunning prize: 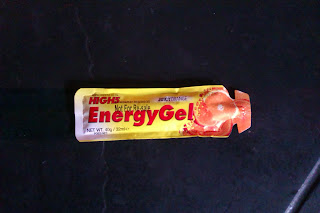 So, despite many trials and tribulations, this was half-full: 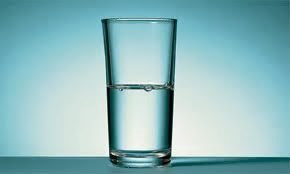 And this dude was back: 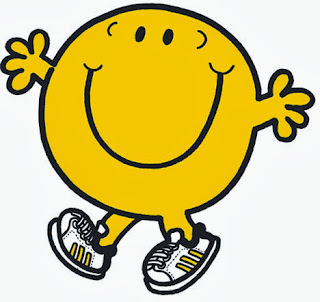 Can't wait for January, with two top events coming up: the Frozen Devil on the 5th and the Dyfi Winter Warm Up on the 26th, both over 40-50 km and featuring wild enduro descents and a whole lot of climbing - the perfect recipe. And, of course, the XC series itself returns on the 12th with a new longer-lap format, which sounds fun.


And finally a load more pictures nobody will want to see:

Lap 2: Gurning down the top descent